There is a fun game going around the food blogging community called the Seven Links Challenge. Over the past few weeks I have had a lot of fun reading so many food bloggers seven links. I was recently tagged by four different bloggers asking me to join the Seven Links Challenge. The idea behind the challenge is to highlight seven different recipes (or blog posts) that you feel highlight the seven different categories of most beautiful, most popular, most controversial, most helpful, surprisingly successful, the one that didn’t get the attention it deserved and the one that I am most proud of. Thank you to the bloggers that tagged me to join in the challenge: Judy from Savoring Today, Sandie from Sandie’s Bitchin’ Kitchen, Stefanie from A Dash of Sugar and Spice and Giovanna From Blue Jellybeans. I hope newer followers will enjoy the highlight of some of my older recipes and longtime followers enjoy the reminder. 🙂

One Year Ago: Pineapple Sherbet

I chose the Fresh Fruit Tart as my most beautiful recipe because of all of the colorful berries and fruit. This is one of my favorite desserts to make during the summer because of the abundance of summer fruit. Anyone that follows me on this blog know how much I love baking/cooking with fresh seasonal produce. The first time I made this dessert was a few summers ago for my Mother-in-law’s birthday. Her birthday is in August when summer fruits are at their best, so it was a no brainer what to make for her. It was a huge hit and I have made this ever since for summer potlucks and cookouts.

I would have never imagined when I made these Red Velvet Cheesecake Brownies on that cold February day before Iceageddon that they would become my most popular post ever.  Many areas of central Indiana saw well over 1 inch of ice accumulation during a winter storm that crippled parts of the midwest for several days. Ice coated power lines and trees bent with more than a 1/2 inch of ice before the freezing rain turned to snow with high winds. Indianapolis Public Schools, the school district that I worked for was closed for an entire week! Numerous flight cancellations, power outages, road closures, mail stoppages, and school, government, and business closures lasted several days. With nothing else to do but bake, I decided to make these incredible brownies in preparation for Valentine’s Day.

Well I don’t have a controversial recipe on my site so I decided to share with you my second most popular post. I made these Soft Lofthouse Style Cookies back in May as one of my final treats that I brought into work before summer break. Lofthouse cookies have been one of my favorite store bought cookies for years. Just walking past them in the store makes my mouth water! 🙂

This was a hard one. I had a hard time choosing between this Apple Strudel and my step-by-step tutorial on how to Decorate using Royal Icing. I ultimately decided on this one since it is one of the hardest recipes that I have posted and I have step-by-step photos on how it went down. I made this for my brother-in-law Dan’s birthday last August. I had asked Dan what kind of birthday cake he wanted me to make and he told me an Apple Strudel. He and my mother-in-law had just come home from a 10 day vacation to Prague, Budapest, and Vienna where they had tried many different varieties of apple strudel. I had no idea what I was getting myself into when I cheerfully agreed to make an authentic apple strudel from scratch. The dough was the hardest part-needs to be stretched until it is tissue thin and about 2 feet by 3 feet. Oh yeah, did I mention that it tears if you look at it the wrong way?! It actually took me two tries before I got the dough looking like it does in the picture and final product. Two tries of completely starting over. Yeah. So you might ask, was it worth it? A flaky, buttery crust stuffed with tart apples, walnuts, and raisins? Oh yeah! 🙂

I guess I am not too surprised that this recipe for Classic Macaroni and Cheese was successful but I chose it because it is the only recipe in my top 15 that is not a dessert! 😀 I remember that I had this on my list to make for Thanksgiving dinner with my family but since I had never made this recipe I had to give it a test run before I could serve it for a special occasion. I kept putting it off and putting it off until finally came down to crunch time. Andrew was in Boston doing a two week away rotation with a Dermatopathology group and I was home by myself. I just hadn’t felt like making a big dinner for myself, but there I was a week away from Thanksgiving and I hadn’t tried the recipe yet! I had just gotten home from the gym and decided to make this for dinner. It was so rich and creamy that I knew it would be a hit for Thanksgiving. The following week when I served this to my family it got rave reviews! 🙂

Didn’t Get the Attention it Deserved:

I can’t believe that this recipe for Coconut Shrimp did not get the attention that it deserved. This is another one of my favorite recipes. For my bridal shower in 2008 we made a ton of these little babies as a part of my Luau themed bridal shower. Andrew and I had a destination wedding and we wanted to set the mood for our wedding starting with the bridal shower. We had steel drum music playing, a tiki bar and tropical influenced recipes. Andrew and a few of his friends even served up tropical mixed drinks from the tiki bar for all the guests! 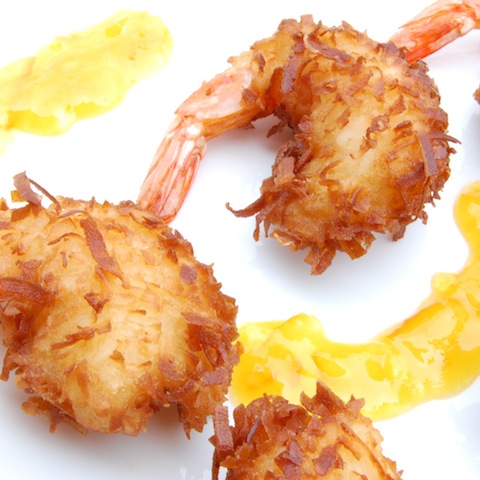 I chose my Chicken Tikka Masala as the recipe I am most proud of. This is Andrew and my absolute favorite recipe. I have made this recipe every year for my birthday and Andrew’s birthday since I discovered it in 2006. Andrew had just returned home from a two month backpacking adventure through India, Nepal and Thailand. He kept going on and on about all the delicious food that he tried while traveling and he wanted me to recreate it in our kitchen. Needless to say this chicken tikka masala was a hit! This recipe is actually one of the reasons that I started this food blog. Every time I would make this for friends and family they would rave about how delicious it was. I would always get requests for the recipe. Eventually the requests grew to other recipes that I would make and I found myself emailing recipe after recipe to friends and family. So I started this food blog in July 2010 as a way for my friends and family in my hometown of Columbus, Ohio to “follow me on my daily adventures in the kitchen”. 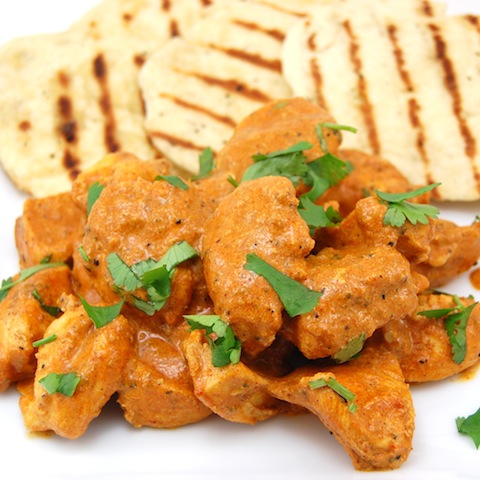 So there you have it! Those are the Seven Links that I chose to share with you. Thank you again to Judy, Sandie, Stefanie and Giovanna for tagging me in this challenge!  😀